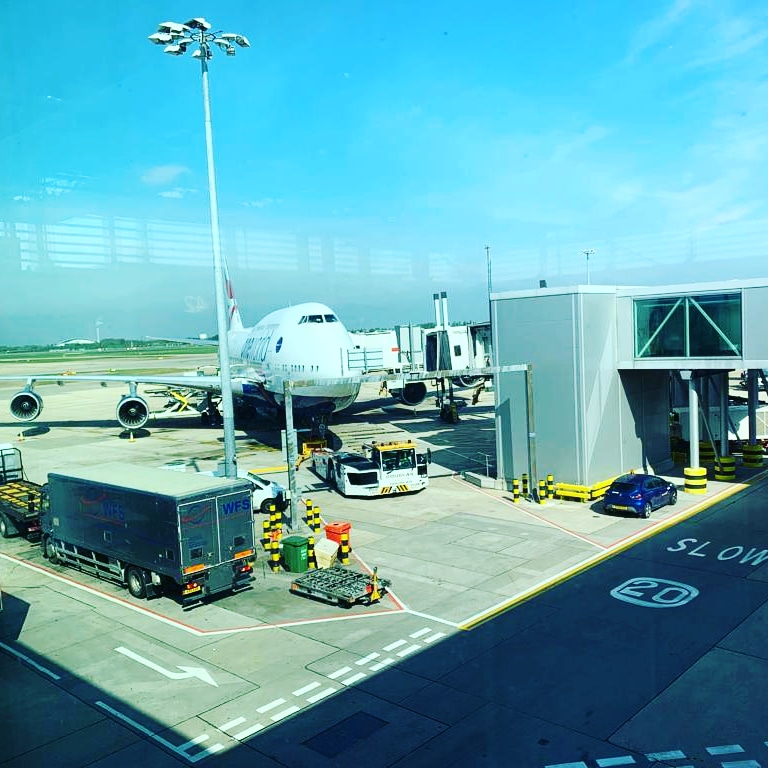 Moving to USA from UK can be a scary prospect, especially if you have children. Now I know this to be true as we have just moved to Florida. If you would like to know how we prepared to move carry on reading.

We were sitting quietly watching the Blacklist on Netflix when my husband announced that there was a position opening up in the company he worked for in America. We have always spoken about moving to USA from UK, but we never pursued it.

After talking for a while, he decided to apply. Everything then moved very quickly!

He of course got the job, which to be honest was the only easy part of the process.

I have actually lived in Australia when I was much younger, but my husband had only ever lived in the UK. We have three children, two who we would be leaving in the UK. They are adults with their own lives, work and partner commitments. So it was going to be a move just with us and our 9 year old son.

So we are moving to USA from UK, what were our next steps?

Telling the Family We Were Moving To Florida

We kept it between just the 2 of us for as long as we could. We didn’t want to cause unnecessary upset until it was definitely going to happen. The first person we told was our 9 year old as it was a massive change for him too.

Freddie had been homeschooled for a year so we didn’t have to worry about that upheaval which definitely made it easier.

Telling the older kids was much harder, although they were both really great about it too. They are both in their 20s and have both got long term partners and jobs. Again, it is much cooler visiting Florida than our little village in the middle of the UK.

Moving to Florida from UK

Once we were 100% set on moving to Florida, there was so much to organise.

As you can see this is a massive list of things we needed to do before we even stepped on a plane!

A lot of the visa preparation was actually done for us by the company, but there was still lots of form filling. And I have to say, waiting for America to say we were allowed to enter the USA on an L1 and L2 visa was incredibly stressful!

However, it was all relatively quick (it didn’t feel like it at the time though!!)

We started the application process with the solicitors on the 11th February 2019, and we had our passports returned with our visas in on 18th March 2019! Wow I have just had to double check these dates as at the time it seemed like forever! But this really is the timeline.

Going to the US Embassy in London was very nerve wracking, but to be honest it was a breeze. There was lots of waiting around, and with Freddie in tow it wasn’t much fun.

But, it was a really simple procedure. You get called up to two different booths where you are for no more than 5 minutes each, and that’s it you are done! We had our passports returned within 5 days.

We have been customers of HSBC for a long time, so it made sense to just open an American account with them. This was easy enough, a lot of form filling and meetings. But it was a simple process. The only thing they misled us on was the credit rating.

We stupidly believed that we would move to Florida, with at least some credit rating. As that is what they told us! Well, I can assure you, that is absolutely not the case. You will arrive in America, no matter of your rating in the UK (as both of ours was the highest it could be) with a zero credit rating!

How much does it cost to ship a container from UK to USA?

Well I can tell you, a lot! We decided to ship our entire house contents apart from the electricals. We got 3 quotes from UK companies who specialise in this type of move.

The first company were really good at the first meeting, but after chasing for the quote at least 3 times, they were not contenders.

The second company, were absolutely amazing from start to finish. (They arrived on April 30th to pack up the entire house, and we received it in our new house in Florida on May 24th).

The final company that came to the house, I just didn’t take to the sales guy. He was really sleazy and old school, and I just felt a little uncomfortable. So that was a definite no, they came in about £3k cheaper as well. But I just felt they weren’t as professional as the second company.

But the cost was approximately £12k plus £2k insurance! I know, right, a lot of money! However, it was a complete service. They packed everything in the UK, apart from the 6 suitcases we took with us on the plane.

We literally left the day before and they emptied the cupboards, drawers and garage! Everything! When the container arrived in Florida the amazing team unpacked everything and made the beds, and anything else that had been taken apart for transit.

If you would like to know more about the companies I am happy to tell you who the 3 companies were just email me.

Although Freddie had been homeschooled, he asked to go to school in the States. Now there are things you need to do before this can happen.

First of all you need to get a report from the school they already attend in the UK.

Secondly, you need a list of all of the immunisations they have already had. Just go and ask your doctor and they will print it off.

In Florida you have to have at least double the vaccines you need in the UK. But you need to have the Florida Shots authorisation before they will enrol them at school!

Finding schools is easy, however, unlike England it is dependant on where you live. So unless you send your children to private school, you normally go to the designated school. So make sure you know what district you are in before you agree on a house.

Selling electricals and other unwanted goods

Something else we hadn’t really considered is, most of your electricals won’t work! But do check everything before you get rid. Our Sonos speakers work, as does Freddie’s Yamaha keyboard he got for Christmas. But that was about it.

Just have a look on the plug and if it says 120V – 240V it will work with an adaptor. However, I wouldn’t recommend using lots of adaptors so try and buy the right connections when you arrive.

We purchased our Sonos connections from Best Buy. Oh also very important for Freddie, his Nintendo Switch also worked, so again we just popped over to Best Buy to get the right cable.

With regards to everything else we either couldn’t bring or didn’t want to. We either gave them to friends and family, and sold whatever was left on Ebay. Its amazing how much stuff you have that you don’t need.

Moving To USA From UK – Have a Reccy Trip

We were lucky in that the company paid for us to visit Florida for 2 weeks before we actually moved. This was super helpful as we didn’t know the area at all.

In fact we were set on moving to Palm Beach Gardens before we arrived. Now after looking round rentals and schools we actually preferred Wellington. All of the schools are A rated, and there are a lot of really family friendly gated communities.

Finding houses is very similar, although rather than Right Move it is Zillow. We are only renting currently as we are non-immigrants and don’t want to risk buying until we are a little bit more settled. But there are lots and lots of rentals here.

We have moved house previously and have always relied on the Royal Mail redirection system. If you are moving to USA from UK you can also redirect your post. But, it is expensive. It has cost us about £270 for a year.

However, as we are in the process of selling our house in the UK we didn’t have another viable option.

Are you planning on moving to USA from UK? Let me know in the comments below, I would love to hear your plans. 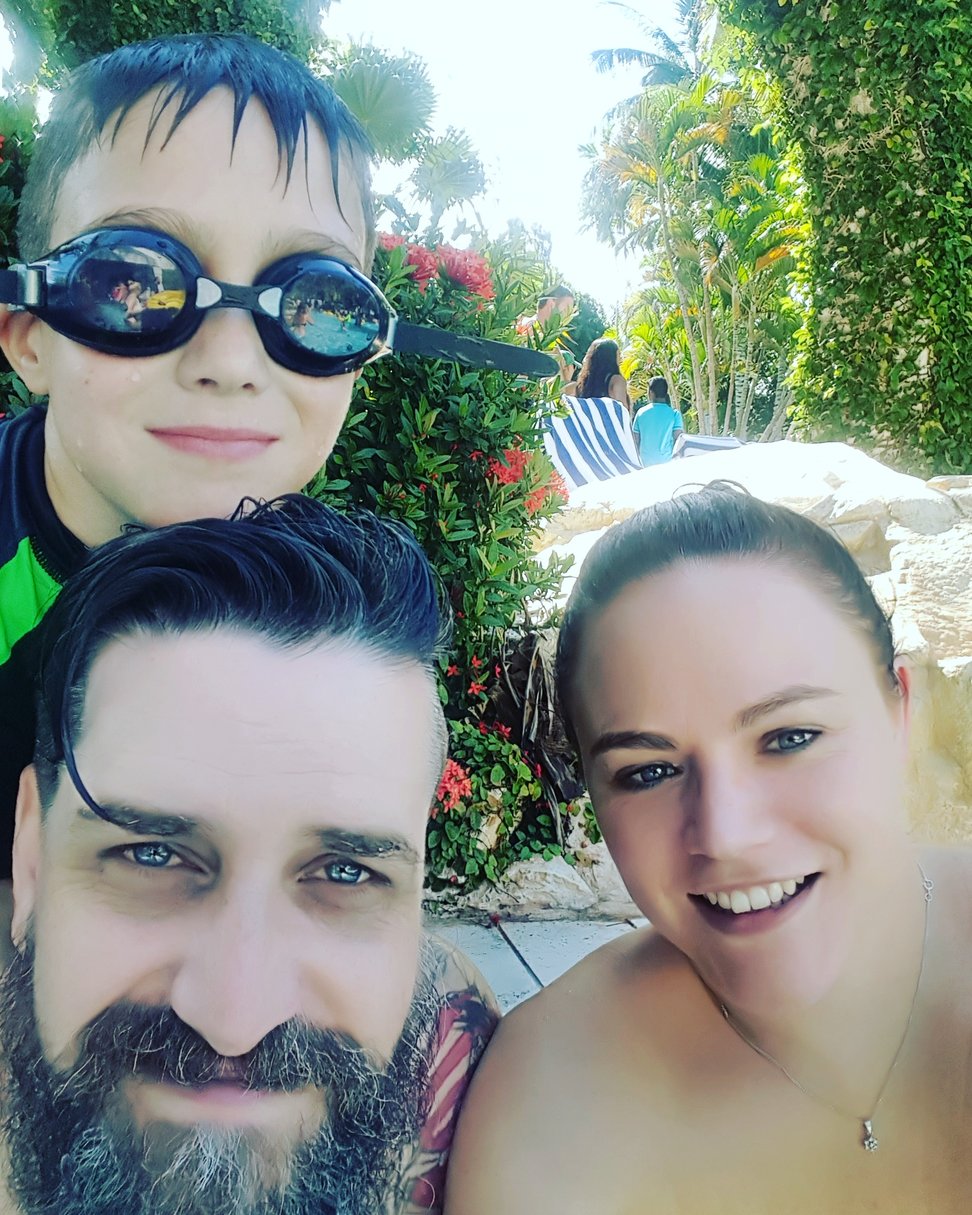 Now We Are Home

Hi! Welcome to my family travel and relocation blog. We have recently moved from UK to Florida